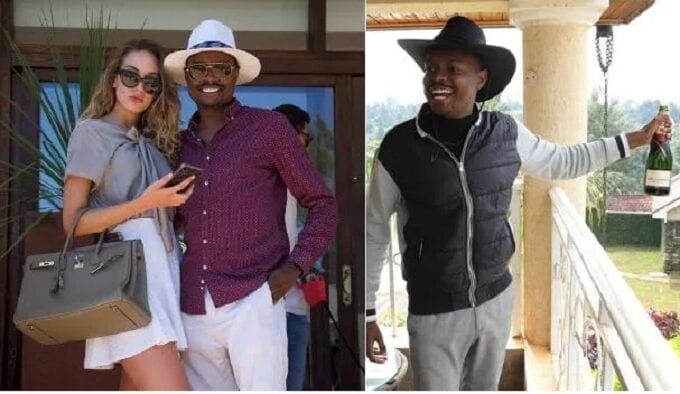 Jubilee Vice Chairman, David Murathe’s son, Davidson Wakairu Gatuhi aka Bragga has doubled down on his political aspirations by engaging the youth in the country through various projects.

Wakairu, who owns and manages three companies, is hopeful of winning a political seat in the 2022 General Elections.

The 28-year-old student founded a youth group known as Vijana Amkeni in 2016. The Non-Governmental Organisation (NGO) empowers youth across the country; politically, socially and economically. It also works towards a sustainable environment.

“I saw the need to begin a movement that brings youth together to voice issues and be involved in national affairs. We use social media to mobilise each other,” he said in an interview at Switch TV in 2019.

The organisation also mentors the youth on health and mental well-being, a cause he took up after seeing the rising suicide cases rose in Kenya.

He holds a Bachelor of Arts in Marketing and Advertising from Marbella International University Centre in Spain.

The businessman was the president of the student’s board for one year, 2018 to 2019 and was recognised for his leadership and management skills.

His close friends describe him as a tycoon and an outgoing, simple man. He is also a famous events organiser in Nairobi.

Wakairu loves travelling across the world and is also an automobile enthusiast. He owns a Mercedes Maybach and other high-end cars.

His sister Waturi Wakairu Wamboye, is a talent recruitment Manager East Africa for Nova Pioneer, a network of schools that prides itself in developing generations of innovators and leaders.

Waturi or Turi as she is fondly referred to by her close family is a research analyst by profession.

Kalonzo is not leaving NASA, none of us will – Mudavadi